Anders Wallström is an electrician at Eltech AB in Skövde. Together with colleague Stefan Gustafsson, he has since 2009 designed and delivered several solutions for electrical installations for modular houses for the company CAS AB in Skara. Anders has been part of an installation team consisting of four persons who have on behalf of CAS AB travelled around the world to various places, most recently to Gao in Mali. There he has been installing lighting from Hide-a-lite in modular housing for the Armed Forces in their newly established camp Estelle, which is part of their UN commitment.

- “Our vision has constantly been to try to keep the installations as simple as possible with focus on plug & play in order to save time,” says Anders.

- The modular housing that we were to assemble at Camp Estelle varied in size, from 19 m2 to 38 m2, with the largest being 114 m2 in size. We needed to source the right lighting for these, that could be installed at a relatively low level - right in the line of sight in many of the modules - without glare.

Before the long journey to Camp Estelle in Gao Anders and his colleagues tested a large number of fixtures to ensure that the on-site installation would be as simple and efficient as possible. The choice went to Liteline IP65 from Hide-a-lite, primarily due to the excellent lumen output promised together with a very low glare. Thanks to Hide-a-lite’s ability to deliver customized solutions, even the luminaires could be delivered equipped with a cord set, which was an important part of Eltech’s “Plug & Play” concept

- “It saved us a lot of time to be able to mount the luminaires on site so prepared. The integrated wire suspension attachments were an added bonus as the installation crew were able to easily hook up the luminaires in cable ladders previously installed in the houses. Brilliant!”, says Anders. 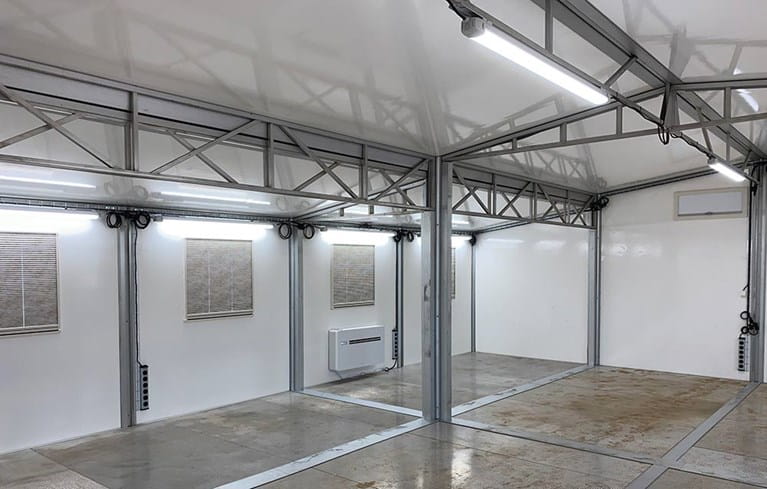 The Swedish camp in Gao, Estelle (named after our future regent – Princess Estelle) is a part of Camp Castor which is owned and run by Germany, which also has the largest commitment of troops to the UN effort Minusma in the area. The German unit is an important collaboration partner to Sweden. The new Swedish contribution consists of a rifle company whose task it is to conduct security operations in support of Minusma. Additionally there is a logistics company for building up the Swedish camp with support during operations. 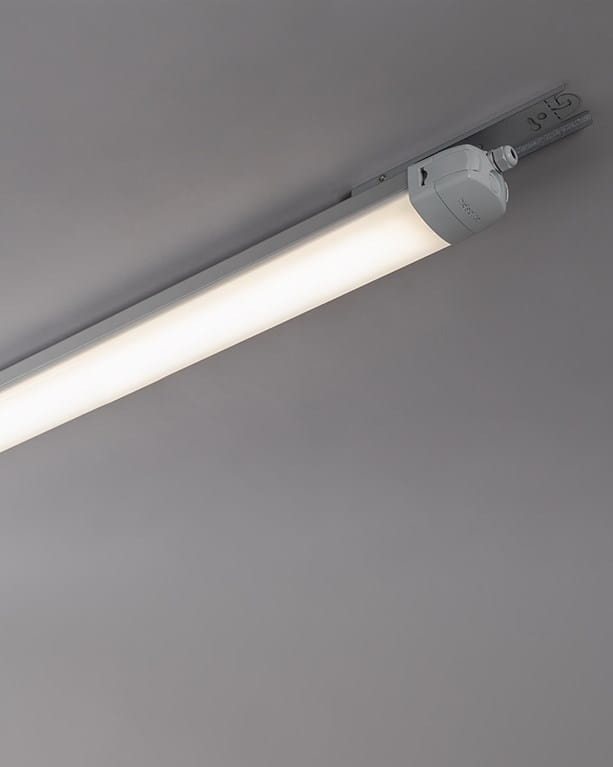 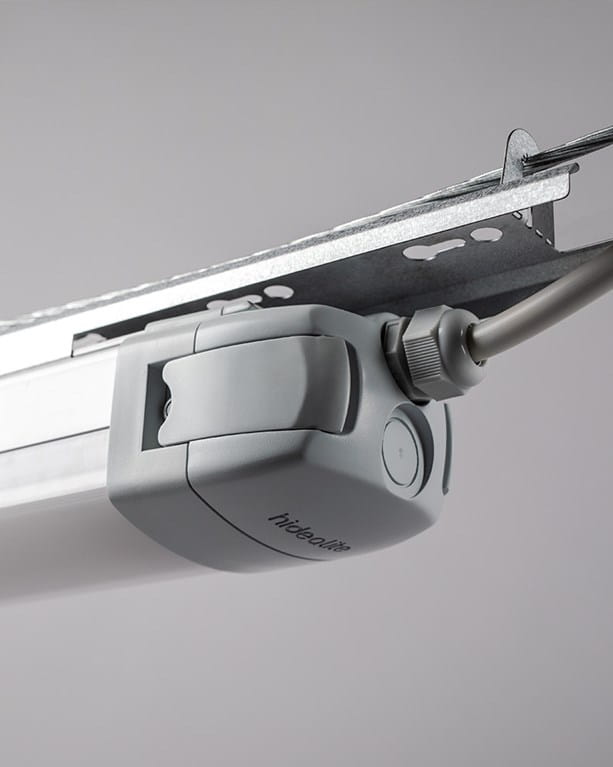 Pre-installed multi-fastener with holes for M8 bolts, keyhole for installation screws and wire hook. Perfect for all ceilings, luminaire rail or wire. 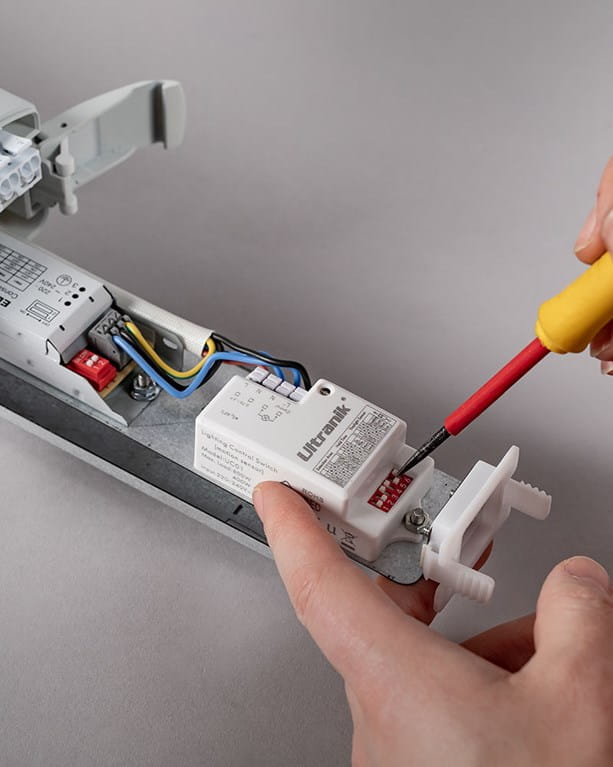 Liteline IP65 is available in two sizes: 1200 or 1500, choose between On/Off or Sensor switching.

Customizations in the project

"The customizations made in the project were the installation of two 2m cord sets with female connector on one side and male on the opposite. This both facilitated the installation and enabled the customer to easily change the placement as required."
- Petter Jämtgård, customization manager, Hide-a-lite.

We adapt to your needs

At Hide-a-lite we offer you a wide range of luminaires to illuminate different places with varying conditions. Sometimes you might not find the particular product you are looking for in our range. In such cases we can offer lighting solutions adapted to your specific needs.

In our production we tailor products according to our customers requirements, such as cutting and soldering LEDstrips in the right lengths or cutting profiles. We can deliver complete and customised luminaires no matter the size of the project – all to facilitate, save time and simplify installation at the end customer.

For a selection of downlights and aluminium profiles we offer coating in special colours. Accessories are also available for our downlights, such as rings of various colours or reflectors to add further colour and change the appearance of your products. We can also supply coloured cables for several of our pendant luminaires. Other examples of customised solutions to facilitate installation are, for example, the Weiland quick connection system that makes installations of larger lighting systems both safer and faster. Having a cable and plug on the luminaire on delivery saves even more installation time. We can design lighting for an entire room and supply a complete lighting package, all adapted to the room’s various conditions. Get in touch and we’ll tell you more!
News 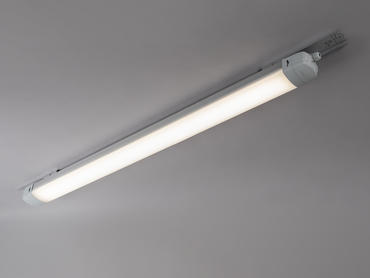